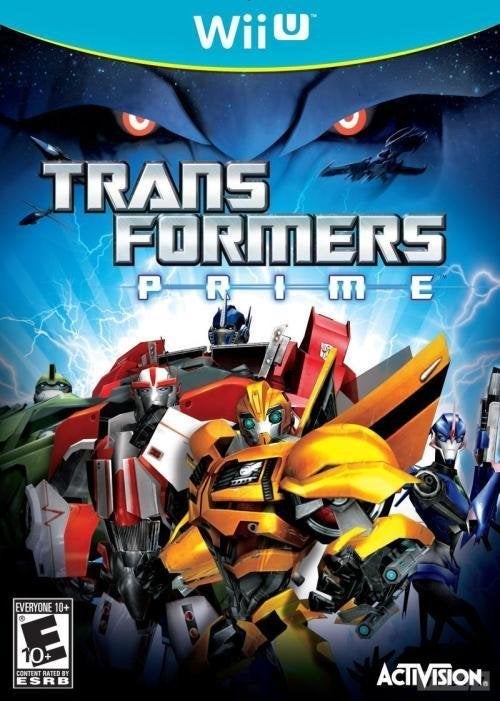 Transformers Prime: The Game is based on the hit animated TV series. Help Optimus Prime and the Autobots join forces with human friends Jack, Miko and Raf to save the Earth from Megatron and his new...
Read more

Transformers Prime: The Game is based on the hit animated TV series. Help Optimus Prime and the Autobots join forces with human friends Jack, Miko and Raf to save the Earth from Megatron and his new secret weapon. Play as one of your favorite Autobot characters including Bumblebee and Bulkhead as you battle through unique vistas around the world to help defeat the Decepticons. Along the way, gamers cultivate friendships with Jack, Miko and Raf -- the human characters from the show -- as Team Prime sets out to protect mankind and eliminate the Decepticons once and for all. Continue the battle against your friends in intense multiplayer modes that allow fans to choose from 11 different Transformers characters from both factions. Features: - Interact with Transformers characters like never before -- Designed for the unique interactivity of the Wii U, the game allows fans to tilt their gamepad to steer Bumblebee through a collapsing canyon, upgrade Optimus Prime's combat abilities through their gamepad touchscreens, and more. - Epic Transformers Gameplay in HD -- The game utilizes the power of the Wii U, featuring dazzling visuals in 1080p resolution with authentic character models straight from Polygon Pictures, Inc., the Japanese CG animation studio for the TV show. - Jump Straight into the Action -- With the humanity on the brink of survival, players will fight through heroic battles in a huge variety of 3rd person action brawling, shooting, driving and melee combat, all the while wielding the power to change form and power up each Autobot with unique weapons and special abilities. - Play as Iconic and Fan-Favorite Characters -- Fans will get to play as all their favorite characters from the show including Optimus Prime, Bumblebee, Arcee and more to defeat Megatron, Starscream, Thunderwing and the Decepticon army.