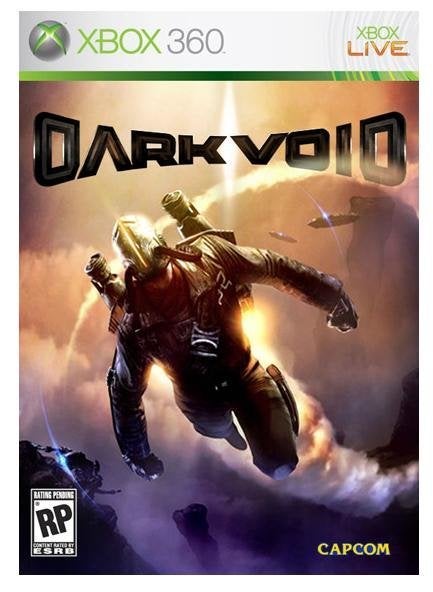 Dark Void delivers a ground breaking combination of fast paced vertical combat mixed with mid-air and on-foot action. Something is consuming our universe, a vast and ancient force almost beyond...
Read more

Dark Void delivers a ground breaking combination of fast paced vertical combat mixed with mid-air and on-foot action. Something is consuming our universe, a vast and ancient force almost beyond our comprehension. Millions of years ago, the minions of that power found their way to the 3rd planet of an unremarkable yellow star. Ours. The race they created came to call their masters "The Watchers." For millennia we knew them as gods and served their dark purposes, but a few humans developed extraordinary powers. They were known as the Adepts and they rose up, banishing The Watchers into a parallel universe, where they've manipulated and schemed from afar. Until now. General Features: - Sci-Fi action/adventure combines aerial and on-foot combat for a totally unique third-person shooter experience - Will's jetpack delives total freedom of movement allowing players to race against UFOs in high-speed chases and rain death from above onto unsuspecting otherworldly foes - Speed and scale unmatched by any other action title: send Will zipping through tight corridors and then out into immense canyons and futuristic geoscapes - Gravity-defying vertical combat system, where moving up is the only way to bring your enemies down - Seemless transition between jetpack flight, ship-to-ship dog fighting and third-person shoot-'em-up action all exists within the same level – not broken up into different "areas"