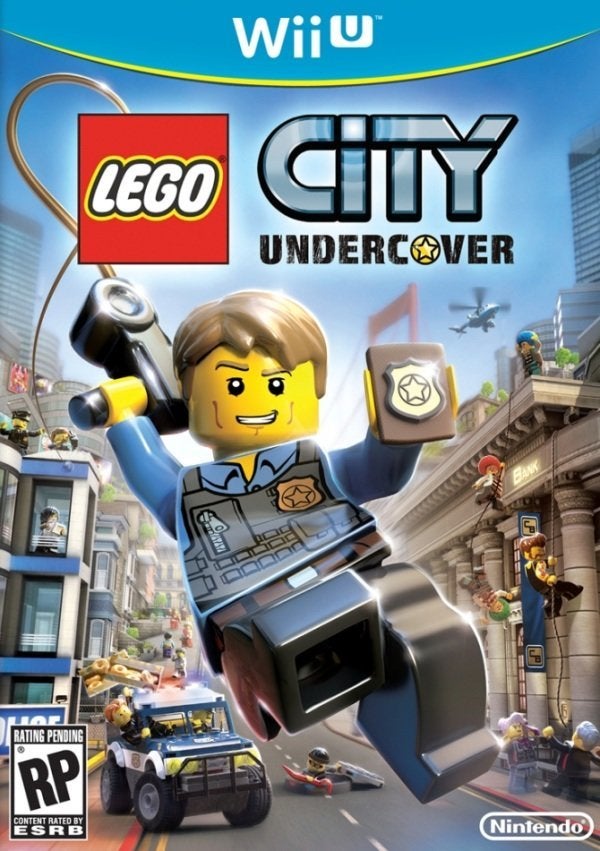 For the first time, the fan-favorite LEGO City vehicles and play sets come to life in LEGO City: Undercover. Players assume the identity of Chase McCain, an undercover detective armed with clever disguises. The mission is to put a stop to the fiendish Rex Fury and end his crime wave in LEGO City. As players run, drive and even fly through the city, they'll use the Wii U GamePad controller as a new police gadget. Features: - The Wii U GamePad is woven seamlessly into the game-play experience. Players use it to scan for hidden clues and criminals, receive mission updates and place waypoints on an overhead city map that displays their position in real time. - Experience LEGO City like never before. Players will encounter familiar play sets come to life as they explore the vast city, looking for clues to bring Rex Fury to justice. - Players can go undercover with a variety of disguises, including a firefighter, a construction worker and even a robber, and use their unique abilities to solve puzzles and access new areas of the city. - There are more than 100 vehicles for players to collect and use to explore the city, including sports cars, motorcycles and even aircraft. - LEGO video games are known for their humor and parody, and LEGO City: Undercover delivers this and more with fully voiced characters and ambient crowds, bringing LEGO City to life.