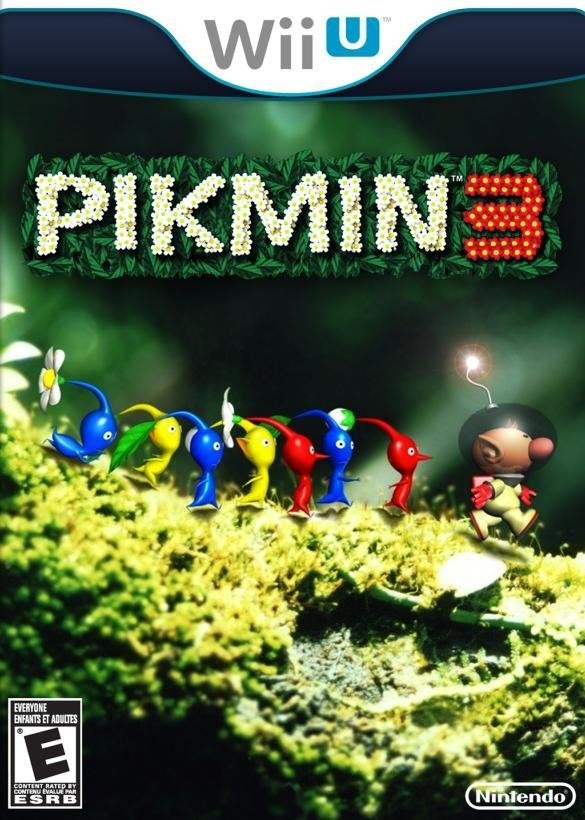 Pikmin 3 is a fully reimagined, mass-action strategy title from the critically acclaimed Pikmin series. Players will discover a beautiful world filled with strange creatures and take command of a...
Read more

Pikmin 3 is a fully reimagined, mass-action strategy title from the critically acclaimed Pikmin series. Players will discover a beautiful world filled with strange creatures and take command of a swarm of ant-like Pikmin trying to survive. The world is densely packed with treasures and enemies, which makes the game much more action focused and fills it with layers of potential strategies and paths, adding greater replayability to challenge modes. Features: - Players can play using Wii Remote Plus and Nunchuk-based controls or the Wii U GamePad controller. With new intuitive controls that make it possible to aim at objects directly, players can command their tiny, yet powerful, squads in different ways. - The GamePad acts as an overhead map and radar to track Pikmin movements in real time. Players can slide a finger across the touch screen to quickly switch between areas, giving greater flexibility in commanding multiple groups of Pikmin. - The greater processing and HD capabilities of the Wii U console are put to extensive use, resulting in a more intricately designed world, enhanced ant-like movement of the Pikmin and precisely detailed overhead views for enabling easier strategic use of the Pikmin. - After completing a stage, the replay feature allows players the option to review their results using the GamePad and TV. Fast-forward, rewind or pause while assessing the previous mission to decide on other paths. - In addition to the five original types of Pikmin encountered in previous games, the new Rock Pikmin bring powerful new abilities and are able to crack hard outer shells of enemies and break through solid barriers. Mission Mode challenges players to earn the most treasure in a given time.