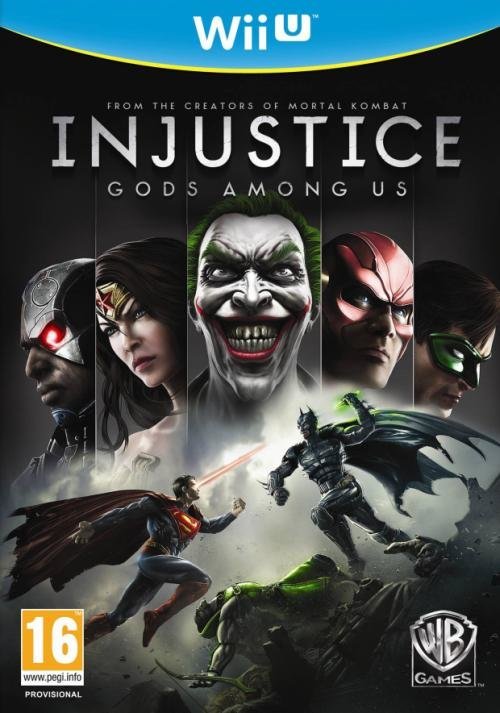 What if our greatest heroes became our greatest threat? Injustice Gods Among Us debuts as a bold new fighting game franchise that introduces a deep, original story featuring favorite DC Comics icons such as Batman, Superman, Wonder Woman, The Flash, Harley Quinn, Solomon Grundy and others. Set in a world where the lines between good and evil are is blurred, players will experience heroes and villains engaging in epic battles on a massive scale. Features: - A unique addition to the fighting genre in which an intriguing storyline pits the heroes -- and villains -- of the DC universe against each other - A powerful and diverse array of over 20 playable characters, including Superman, Batman, Wonder Woman, The Flash, Nightwing, Catwoman, Cyborg, Harley Quinn, Solomon Grundy, and others - A variety of play areas based in the mythologies of each character franchise - An accessible attack system broken down into light, medium and heavy attack, with each character having their own specific attacks - "Wager battles" that allow the winner of the battle to collect a portion of an opponents metered power - Deep multiplayer play options, including local and online play, as well as tournament support