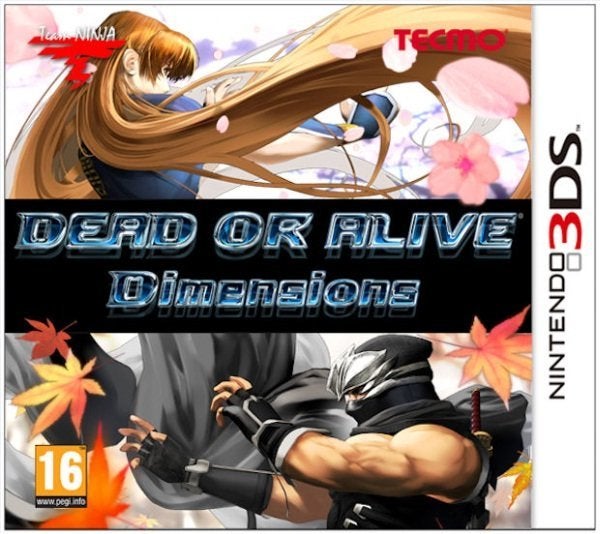 Dead or Alive Dimensions takes the vivacious characters and locales that have made the DOA franchise a hit with gamers everywhere and presents them in eye-popping 3D display. All of the punches,...
Read more

Dead or Alive Dimensions takes the vivacious characters and locales that have made the DOA franchise a hit with gamers everywhere and presents them in eye-popping 3D display. All of the punches, kicks, counters and grapples that have defined the series as a top-tier console and arcade fighter are present for the first time on a portable gaming system -- the Nintendo 3DS. Dead or Alive Dimensions features some of the best content from the series spanning all of the titles from the original DOA up to DOA 4. Fans will be able to relive some of the classic rivalries, storylines and white-knuckle action from the best points in the DOA history. There's also a ton of new content, so even the most seasoned DOA fan will enjoy fresh material. Players will be able to play through several modes including Chronicle, Versus, Tag Survival Modes and more. They’ll also have a robust roster of more than 20 fighters and 15 stages to choose from, including two fighters who have never been playable until now. Features: - DOA Evolved: Experience all the high-octane DOA action you know and love, in full 3D and ready to take on the go! This is DOA like you’ve never seen it. - Danger Never Looked So Good: Experience the series’ trademark Danger Zones for the first time in full-on 3D. When you see your opponent go flying through a window right at you, you’ll know that DOA and 3D is a match made in heaven. - Multiplayer Anywhere: When you’re done testing your chops against the CPU, take on a new challenge through multiplayer available through local Ad-Hoc matches or battle fighters from around the world through Wi-Fi. - Fight Alone or Team Up: fans can now take on the world of DOA with a partner, so more experienced fighters can help newcomers learn the ropes first-hand. Team up with a friend online and play through Chronicle, Tag Survival or Versus Modes as a unit.

Other brands in Nintendo 3DS Games